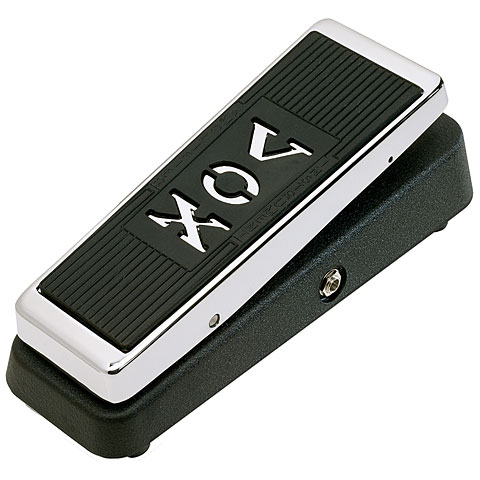 Not a wimpy simulation, the VOX V847A Reissue Wah-Wah pedal is the real thing! Your dad probably played one when your mom was out in the audience.

The VOX V847 Wah-Wah pedal is built to the original specs of the pedal used by guitarists of the late '60s and '70s, and totally authentic right from the classy chrome top to the legendary growl. A redesigned inductor brings the new VOX V847A wah pedal's specs even closer to that of the original, and an added input buffer prevents impedance loading of the guitar signal to preserve your guitar's tone in bypass mode. An original-style, vinyl carrying case is included.

By staying true to the tone and vibe of the 1960s VOX wah pedal while enhancing its legacy, the VOX V847-A offers you a modern update on a true classic guitar effects pedal. 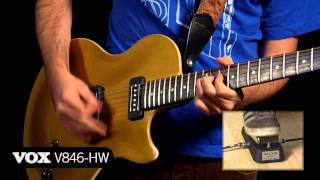