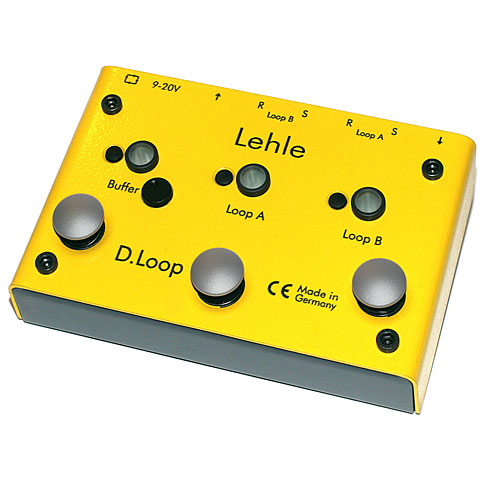 The two effect loops can be effects or preamp switched into the signal path, as if they were directly connected between guitar and amplifier. If the routing is switched off the guitar's signal is directed via gold-pated relays to the output of the Lehle D.Loop SGoS. By using gold plated relays the guitar signal is not influenced in any way, especially the unique interaction between instrument and amp, the impedance of the signal and thus the sound. The switchable High End Buffer amp f the Lehle D. Loop SGoS can refresh the signal or add up to +12 dB boost via the gain control. The Lehle D. Loop can be controlled via MIDI, and synchronized with other Lehle SGoS Switchers.
more
less