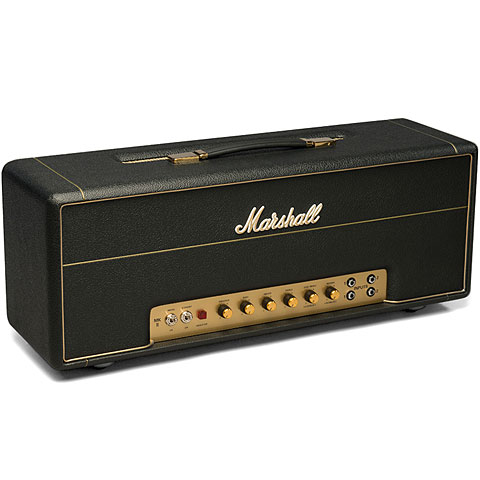 THIS IS IT! The Marshall 1959SLP 100 Watt Super Lead Plexiglas head of the late ´60s/early ´70s, as used by countless classic bands, re-issued in all its glory. The 1959SLP has been in production since the late sixties but with various electrical and cosmetic changes happening along the way. The models produced in the late 1960s/early 1970s however, were the ones that most tone gurus regarded as the finest examples.
After much searching Marshall managed to track down two amps from this period that were the finest they´d heard, packed with all the tone and rich velvet overdrive. Marshall gave these two tone monsters to our guitar-playing R&D experts and left them to create a re-issue that was so authentic that they couldn´t tell the difference.
meer
minder