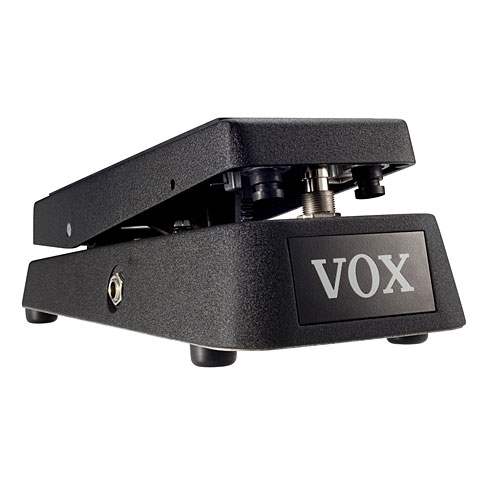 In the 60s VOX developed the first Wah-Wah effects pedal to allow guitarists to copy the sound of a muted trumpet. A wah-wah pedal is a sweepable bandpass filter. With the toe down, high frequencies are accentuated. With the heel down, low frequencies are accentuated, giving that muted tone. The rest is history, with the Wah-Wah required on most guitarist's pedalboards, even if George didn't need no wah-wah.

The VOX V845 Wah-Wah pedal is an afordable version of the most famous guitar effects pedal of all time. Based on the original pedal developed by VOX in the '60s, the VOX V845 Wah-Wah offers guitarists the same legendary Wah-Wah tone in a new sturdy but very affordable design. AC or battery powered.
more
less