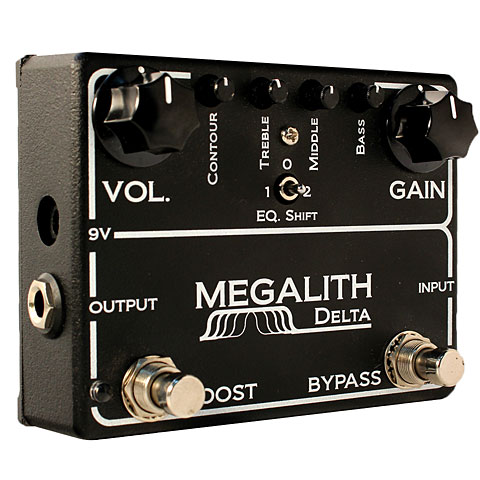 Very good distortion pedal,great build quality and an impressive almost unbelievable sound when the boost is activated.
One of the best distortion amp in a box pedals in the market.
Great valve sound, very flexible tone and gain, also good for rock and hard rock.
Recommended to anyone who wants very high gain with excellent sound quality.
However,in my opinion, you should always use the megalith in your amp clean channel to obtain the best "imitation" of the MI Audio beta amplifier, which this pedal is based on.

This item was given an average rating of 4.7 out of 5 stars. 1 review has been written. The comments are not the opinion of Musik Produktiv, they are the subjective opinions of our customers. 8 ratings exist without a text or these reviews are written in another language.
more
less
incl. VAT, free delivery
In stock
Available for immediate delivery
Add to basket
Add to wish list
10063035
Item number:
09/2012
Available since:
00891214002269
GTIN:
› Print view
Share
Facebook
Twitter
Pinterest
E-Mail
Product Video 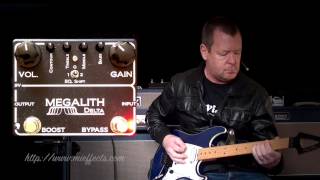