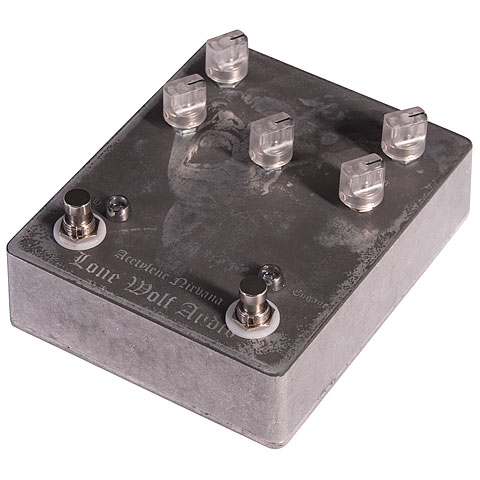 The Lone Wolf Acetylene Nirvana (named after a Frank Zappa song) is the evolution of one of the most exotic pedals of the 70's. The original example for this pedal was the VCF / Sample Hold developed by Tom Oberheim for Maestro. The input signal is decomposed into a rhythmic sequence of tones and passed through an opening or closing filter.
A familiar sound example is the intro of The Who classic "Do not get fooled again", where an organ is passed through a EMS Sample & Hold filter. The control possibilities of Acetylene Nirvana have been expanded considerably over the model, so that a variety of unusual sounds can be generated.
more
less

No review for this product available.
Be the first to rate this product!
more
less
incl. VAT, free delivery
Delivery time on request
This item is currently not available. The delivery time has to be asked individually.
Add to basket
Add to wish list
10080883
Item number:
08/2015
Available since:
› Print view
Share
Facebook
Twitter
Pinterest
E-Mail
Advice & Support