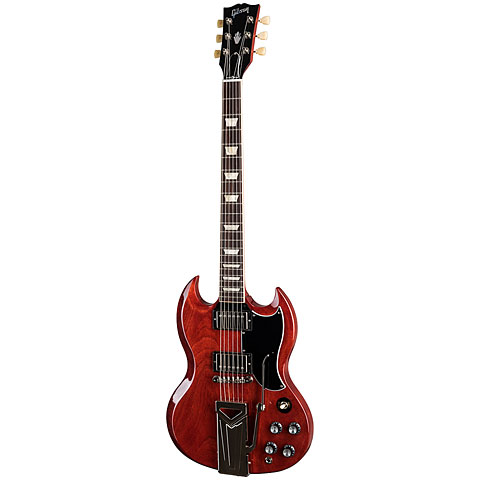 Back in the program: the mother of all SGs, the '61. Historically correct with a "small" pickguard and this time even in three versions: non-tremolo, with Maestro Vibrola or with the Sideways Vibrola.

The Gibson USA program has been further streamlined and optimised. High performance models no longer exist. Some models are only available with one or two color variations and again some models have been completely removed from the range. The Modern Collection is brand new. Here you will find the Studio, Classic and Tribute models, as well as the Les Paul Modern, for which there is also an SG variant. The SG Standard and the SG Tribute complete the program. The Les Paul Traditional became the Les Paul Standard again and is now available with either a '50s or a' 60s slim taper neck. It can be found in the Original Collection together with several SG variants.
more
less