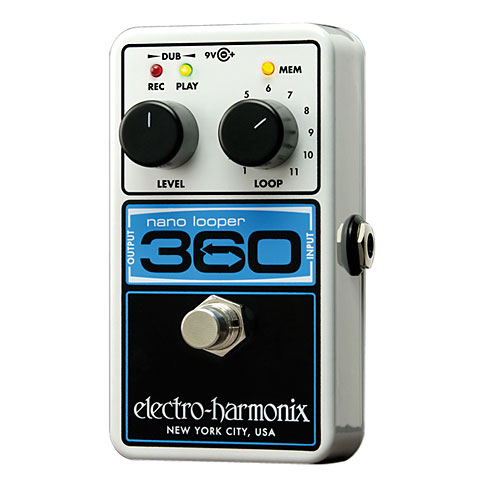 The Nano Looper 360 is a Looper floor effect and suitable for both electric guitar and electric bass. The recording time is limited to 360 seconds and can be divided into 11 different loops. Uncompressed audio, 24-bit A / D / A and 44.1 kHz sampling rates ensure the highest sound quality. The operation of the Electro Harmonix Nano Looper 360 is very easy. The Nano Looper is protected by a sturdy die-cast housing.

Electro Harmonix Nano
Electro Harmonix has a heart for overloaded Pedalboards, The Nano series pedals are housed in space-saving pedal boxes in standard size, so that even the usually huge Big Muff can be easily accommodated.
more
less 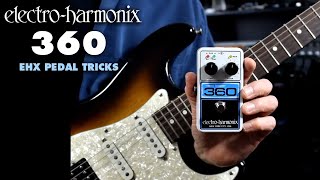