Unique desktop Looper for live performers
Beatboxer, singer and DJ, here is your Loop Station: The RC-505 - a unique, powerful live performance tool, perfect for the next generation of loop-artists. With This desktop Looper you can do anything with your hands: The five stereo tracks and their playback options as well as input and post-effects with which can create dynamic, expressive sounds in real time. Just plug in your microphone, musical instrument or other audio sources to build, with the intuitive controls, great loops and mixes. Extensive Connectivity - USB, MIDI, external footswitch - make this over-Looper complete.

five stereo tracks with separate control
The RC-505 provides five stereo tracks that can be played simultaneously .
Powerful onboard effects
A large selection of built-in effects makes it easy to change your sound during the performance. Input-effects like "Robot" and "Vocoder" create unique sound textures while recording, while post-effects such as "Vinyl Flick" and "Beat Repeat" place in real-time dynamic DJ and sampler effects on the loops.
phrases memory and rhythms
99 onboard memory locations etc. are available for Loops, playback and effects settings. Commonly used settings can be saved as "User Set" and recalled spontaneously to reshape a loop.
audio inputs and USB port
The RC-505 is equipped with a number of inputs for all kinds of audio sources that you can access in parallel while you build your loops. In addition to an XLR microphone input with phantom power, mono/ stereo jack inputs for guitars, synthesizers and other instruments, there is an AUX input for example, MP3 players or smart phones. You can import/export WAV audio files, allowing you to archive your loops or load backing tracks / Sounds Sampler-like triggers in the RC-505 via USB. The RC-505 also works as a USB audio/MIDI interface, making the use of your favorite DAW software for audio recording, MIDI sync and another is easily possible.

Individual loop control
With the RC-505 you have the possibility to create custom real-time control. You can assign up to eight different functions and retrieve in different ways.

it's the best solution for vocalists who are preparing good electronic music :) ENJOY !

This item was given an average rating of 4.5 out of 5 stars. In total, 3 reviews were submitted. The comments are not the opinion of Musik Produktiv, they are the subjective opinions of our customers. 19 ratings exist without a text or these reviews are written in another language.
more
less
incl. VAT, free delivery
Delivery time on request
This item is currently not available. The delivery time has to be asked individually.
Add to basket
Add to wish list
10068079
Item number:
04/2013
Available since:
Boss
Brand:
RC-505
MPN:
04957054503628
GTIN:
› Print view
Share
Facebook
Twitter
Pinterest
E-Mail
Product Video 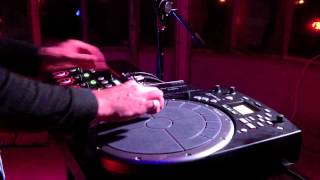