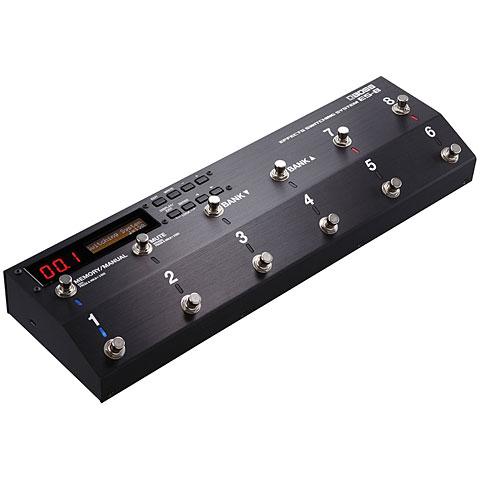 The Boss ES-8 is an 8-fold effect loop switcher. For guitarists with many single-effect pedals and an extensive pedalboard system life will be much easier. Just the fact that you can switch its effects with the ES-8, both individually and in groups, and can store individual presets, is a real treat. Others loopers can do this as well but The ES-8 goes even a few steps further. A completely analogue construction and circuit design allows a signal flow which reaches a quality that all guitarists wish for. The 8 effect loops, some of which are even equipped with stereo return, 3 control switches join additionally which allows switching from external equipment, such as multi-channel amplifier, without problems. Of course, an extensive Midi interface is present which supports the clever, modern setups. The additional connection of 2 external expression pedals makes the ES-8 finally the ultimate control center of pedal boards.

What use has an effects loop switcher? many single-pedal users often only become aware of The benefits of an effect switcher when they go a little deeper into the matter. First you simply are told: "Single effects with multi-board comfort." Each guitarist or bass player who wants to turn on more than 2 effects simultaneously but has only 2 feet, know what is at stake. The ES-8 can be organized to be setup in presets and recall them easily on foot switch. Of course, the possibility always remains to operate all effects separately. Due to the parallel connection of all effects on the ES-8, serial line loss is also prevented. So finally you can drive its effects with 100% efficiency.
more
less 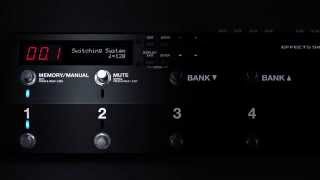