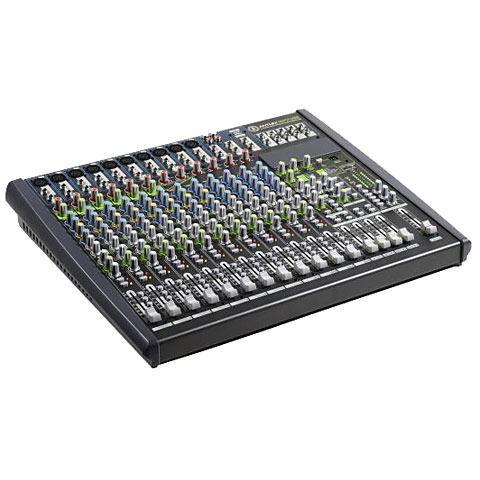 The ANTMIX 24FX mixing console from ANT is a clearly arranged 26-channel mixer with integrated effects unit. It convinces with easy operation, integrated compressors as well as professional features like pre-fader listening, an additional mix bus and aux paths. Due to its 60mm faders and the versatile input and output options, the ANTMIX 16 FX USB can be used in many different ways.

The ANTMIX 16 mixer has an integrated USB audio interface for connecting a Mac or PC. Via the USB connection, stereo audio material from the computer can be played out on the mixer and the stereo mix can be recorded on the computer.

The mixer can be expanded with the MPX 1624 or BTX 1624 cards via the accessory slot. The MPX1624 card provides a USB (A / Host) interface for playback of e. g. MP3 files directly from a USB memory. The BTX 1624 card adds Bluetooth streaming audio to the mixer, e. g. to play music directly from a smartphone.
more
less