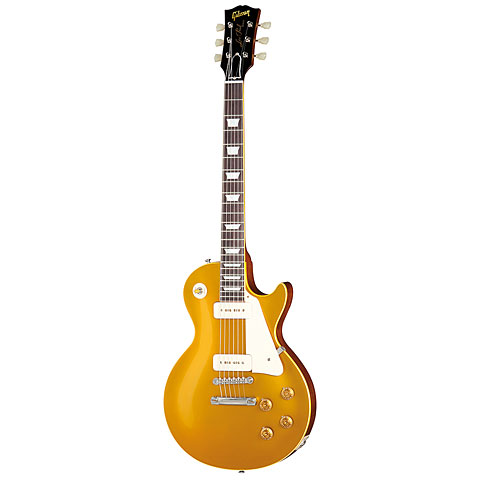 Les Paul Gold Top
It was already considered revolutionary back then but to emphasise its classiness and to make it look even more noble, the Gibson Les Paul was adorned with a golden top in spring 1952- the “Gibson Les Paul Gold Top” was born. Today the Custom Shop series features historic models such as: The ‘54 model with P-90 and wrap-around-tailpiece, the ’56 model with P-90, tune-o-matic bridge und stop-bar-tailpiece or the ’57 model with humbuckers.

For 2013 some important changes were made to the specs of the Gibson Historics: