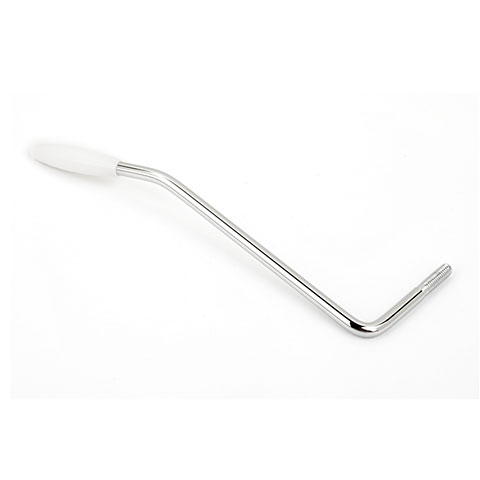 Fender Tremolo Arm for Standard Stratocaster in chrome and with white cap.

Fender Strat
The Fender Strat or Stratocaster as they were originally named as they came on the market in 1954 was the absolute sensation. Such a radical guitar design was revolutionary. The shape of the Stratocaster had with traditional guitar shapes nothing in common - 2 low-cut cutaways, 3 pickups, a functioning vibrato system and comfortable shapings were unique at this time. Quickly the Stratocaster prevailed in the market and is still the most successful (and most copied !!) guitar model ever. For Strat models an extensive spare parts and conversion program is available.
more
less