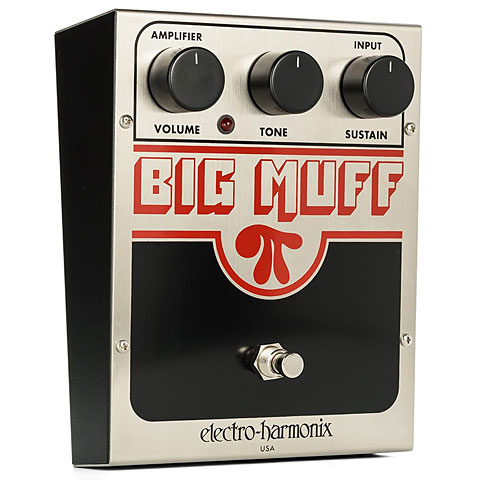 Like the legendary Big Muff Pi of the '70s, the reissue Electro-Harmonix USA Big Muff Pi Distortion/Sustainer Pedal has 3 controls that let you dial in the finest harmonic distortion/sustain ever produced. The Volume control adjusts the output level. The Sustain control optimizes the long sustain with just the right amount of harmonic distortion. The Tone control provides a range of sounds, from warm bass to crisp treble. From Pink Floyd to the Chemical Brothers to Korn, the distortion / sustain pedal, made in New York City, USA.

The Big Muff is a true vintage overdrive stompbox. It has a quite limited range, but still it's a nice addition to other rack and stomp effects. However, if you merge the Big Muff with a EQ-stompbox, the fun is complete.

This item was given an average rating of 4.7 out of 5 stars. 1 review has been written. The comments are not the opinion of Musik Produktiv, they are the subjective opinions of our customers. 32 ratings exist without a text or these reviews are written in another language.
more
less
incl. VAT, plus delivery costs
On order
Available as of 30.04.2021
Add to basket
Add to wish list
3452014
Item number:
09/2002
Available since:
00683274010144
GTIN:
› Print view
Share
Facebook
Twitter
Pinterest
E-Mail
Product Video 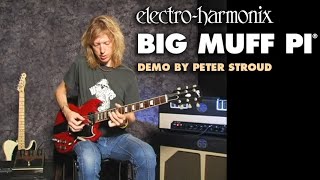