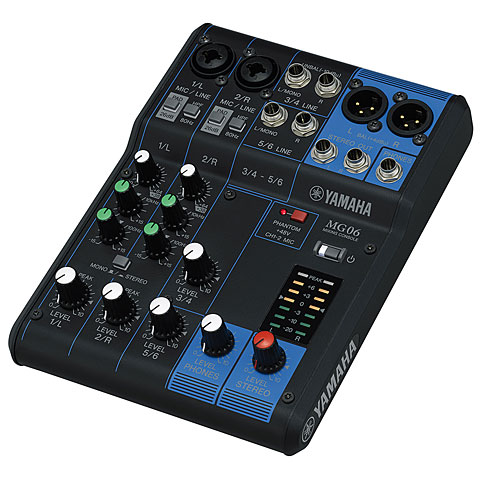 For the third generation of the popular MG-compact mixer series special emphasis was placed on best sound for all sorts of tasks under different conditions. Therefore, the MG series is also equipped with exactly the same mic preamps as our pro Hi-end mixer. the proven reliability and performance of the compact mixer series is associated with a highly reputable sound.

Yamaha MG
Yamaha has now over a century of craftsmanship, innovation and superior processing under its belt. This great passion for quality is reflected not only in many prestigious world-class instruments, but also in Yamaha's well respected pro audio products for the entertainment industry. The third generation of the proven MG mixer series is another perfect example of the combination of genuine workmanship and outstanding, innovative technology.

Once again Yamaha has diminished the line between the compact and professional class even further. The MG series has incorporated numerous features which were originally developed for the highly professional high-end consoles. These include preamplifiers in studio quality, outstanding digital processors and an extremely rugged construction.

The MG series includes numerous models with 6 to 20 channels that lend themselves to many different tasks. The intuitive user interface, robust construction, high sound quality and the flexible design of these reliable consoles are unrivaled in the compact class and ensure that nothing should stand in the way of a great mix.
more
less 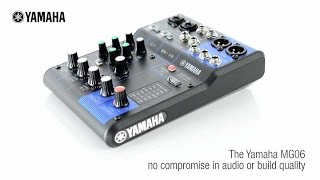