Roger Mayer is one of the greats in the effect scene. Through his collaboration with the guitarist icon Jimi Hendrix, he is one of the founding fathers of the boutique effect pedal manufacturer Guild. On the 50th anniversary of Jimi Hendrix's coming to London in the swinging sixties, Roger Mayer created a fuzz pedal of the extra class. Based on the legendary Fuzz Face, the Fuzz Rocket Visage from the Rocket series is a consequent development of the legendary circuit. The peculiarities are internal jumpers on the board, with not less than 45!! different sound variants. In the extensive operating manual, some basic settings are given which can be used as a basis for your own sound experiments. The quality of the pedal is as per usual with Roger Mayer - excellent components and a very fine filtering of the supply voltage ensure low noise.

5 stars (1)
4 stars (0)
3 stars (0)
2 stars (0)
1 stars (0)
Average customer rating:
(1 Rating)
5.0 out of 5 stars
This item was given an average rating of 5.0 out of 5 stars. No review about this product has been written yet. 1 rating exist without a text or the review is written in another language.
more
less
incl. Taxes and Customs duties, free delivery
Add to basket
Add to wish list
Delivery time on request
10094965
Item number:
03/2017
Available since:
› Print view
Share
Facebook
Twitter
Pinterest
E-Mail
Product Video 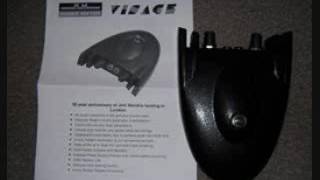