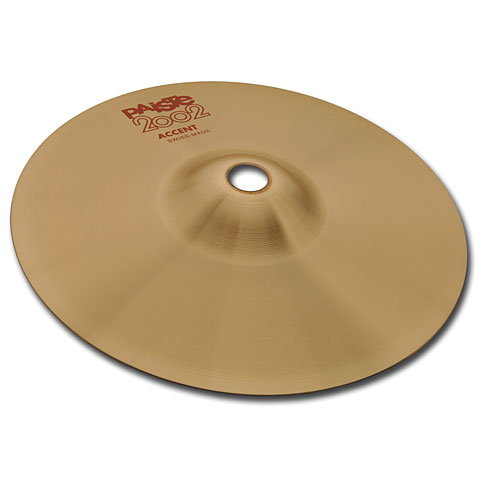 5 stars (0)
4 stars (1)
3 stars (0)
2 stars (0)
1 stars (0)
Average customer rating:
(1 Rating)
4.0 out of 5 stars
This item was given an average rating of 4.0 out of 5 stars. No review about this product has been written yet. 1 rating exist without a text or the review is written in another language.
more
less
incl. Taxes and Customs duties, plus delivery costs
Add to basket
Add to wish list
Available shortly
Available in 3-5 business days
4603339
Item number:
09/2002
Available since:
Paiste
Brand:
Accent
MPN:
00697643107052
GTIN:
› Print view
Share
Facebook
Twitter
Pinterest
E-Mail
Audio sample
Advice & Support

Find similar products:
· Paiste Accent Cymbals
· More products of the series Paiste 2002
· Show all articles of the brand Paiste.
· Drums and Percussion
· Cymbals
· Drum Kit
· E- Drum Kit
· Snare Drums
· Drumheads
· Drum Hardware
· Cajons
· Congas
· Djemben
· Bongos
· Percussion
In order to give you a better user experience, we use cookies. By visiting, you agree to the use of cookies.