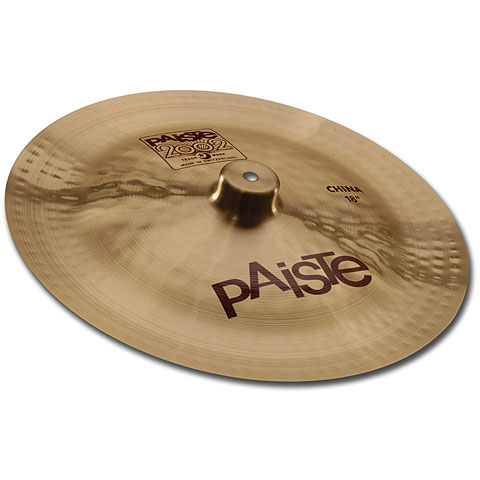 Background: During the 1960´s developing Beat and Rock music required cymbal sound to match the new frequencies and volume levels and in 1967 the Giant Beat series was created - The 2002 was developed 1971 fusing the power of the Giant Beat with the differentiation of the Jazz series Formula 602 - In 2005, Paiste once again makes the 2002 a core series for the future, as the best and most innovative Dimensions models are incorporated into the newly expanded 2002, adding current trend cymbal sound to this venerable line
Innovation: First cymbal series fully developed for electronically amplified music

Find similar products:
· Paiste China Cymbals
· More products of the series Paiste 2002
· Show all articles of the brand Paiste.
· Drums and Percussion
· Cymbals
· Drum Kit
· E- Drum Kit
· Snare Drums
· Drumheads
· Drum Hardware
· Cajons
· Congas
· Djemben
· Bongos
· Percussion
In order to give you a better user experience, we use cookies. By visiting, you agree to the use of cookies.