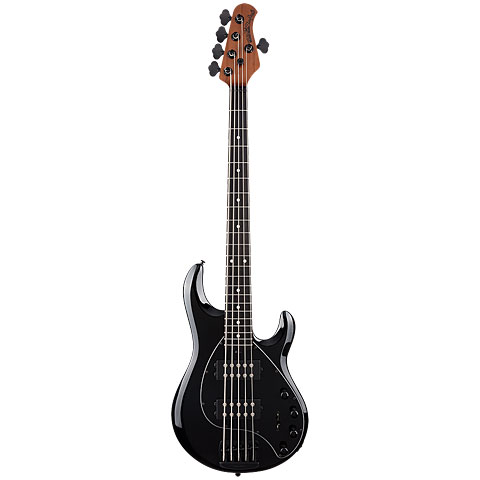 After Leo Fender sold his company Fender to CBS, he founded MusicMan in 1972. The StingRay, which was developed in 1975, was something like a perfected modern version of the legendary Precision bass and was enthusiastically accepted by the bassists. A humbucker with active 3-band tone control and the 3/1 arrangement of the mechanics (to avoid deadspots) were revolutionary. Due to the high quality of the wood, the processing and the flexible sound control, the basses are universally applicable. Famous StingRay users are e. g. Cliff Williams (AC/DC) Tony Levin (Peter Gabriel), John Deacon (Queen), Flea (Red Hot Chilli Peppers)...

Music Man has its own custom shop principle. So almost everything is possible if you bring the necessary patience and accept approx. 6 months of waiting time, if the object of desire with the corresponding features is neither in store, nor in stock with the distributor.

Music Man StingRay Special
The legendary Stingray now with a facelift or more so has experienced a comprehensive update. Now it has a bunch of changes, 22 frets, the lower cutaway was then adapted and the entire body redesigned in due course but without denying its origin. The neck is now always "roasted" and feels even more spectacular. Further renewals are 25% weight-reduced Tuners to avoid being top heavy and the new 18 volt preamp for more bang and headroom.
more
less

5 stars (1)
4 stars (0)
3 stars (0)
2 stars (0)
1 stars (0)
Average customer rating:
(1 Rating)
5.0 out of 5 stars
This item was given an average rating of 5.0 out of 5 stars. No review about this product has been written yet. 1 rating exist without a text or the review is written in another language.
more
less
incl. VAT, free delivery
Add to wish list
In stock
Available immediately
10108203
Item number:
08/2018
Available since:
› Print view
Share
Facebook
Twitter
Pinterest
E-Mail
Product Video 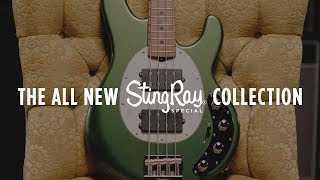