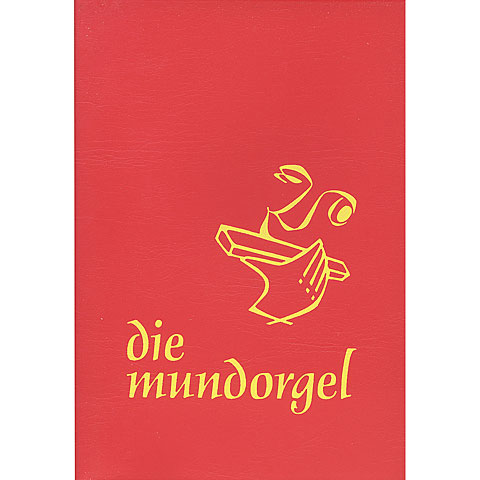 H4]Interesting facts and historical facts about the mouth organ [/H4

The mouth organ should not only be up-to-date and inexpensive, but should also fit into the breast pocket of the shirt. Four young employees of the YMCA's youth work (the students Dieter Corbach, Ulrich Iseke, Hans-Günther Toetemeyer and Peter Wieners) took up the idea to compile a songbook as soon as possible, which was needed for the trips and camps as well as for the children and youth group lessons.

In July 1953, the manuscript was handed over to the print shop by the mouth organ (the title was set as "mouth organ" in honor of the then YMCA district chairman Horst Mundt). Already in August 1953, the printer brought the first copies of the song book "die mundorgel" by bicycle to the Westerwald - to a tent camp near Altburg in the Nistertal valley.

In the first edition in 1953, 132 songs were included in the mouth organ; in the 1960s, there were 181 and 186 songs, respectively; already in the 68 edition, 272 songs were recorded; in the 82 edition, 270 songs and in the current one of 2001, there are 278 songs: of course, as usual, small and handy - with new spelling - old and new songs - in the well-known compilation: Morgen- und Abendlieder / Spirituals und geistliche Lieder / Volks- und Wanderlieder / Folklore as well as Spiel- und Ulklieder. the text edition - it is slightly enlarged - but still in vest pocket format and the sheet music edition - of course with chords for guitar - explanations and hints about authors and the history of the songs' origin as well as thematic hints like movement- and dance song / dramatic song / parody / canon / ecumenical song / protest, socio-critical, political song.
more
less

5 stars (1)
4 stars (0)
3 stars (0)
2 stars (0)
1 star (0)
Average customer rating:
(1 Rating)
5.0 out of 5 stars
This item was given an average rating of 5.0 out of 5 stars. No review about this product has been written yet. 1 rating exist without a text or the review is written in another language.
more
less
incl. Taxes and Customs duties, plus delivery costs
In stock
Available for immediate delivery
Add to basket
Add to wish list
100019579
Item number:
01/2005
Available since:
09783875710441
GTIN:
› Print view
Share
Facebook
Twitter
Pinterest
E-Mail
Documents
Inhaltsverzeichnis die Mundorgel
Advice & Support