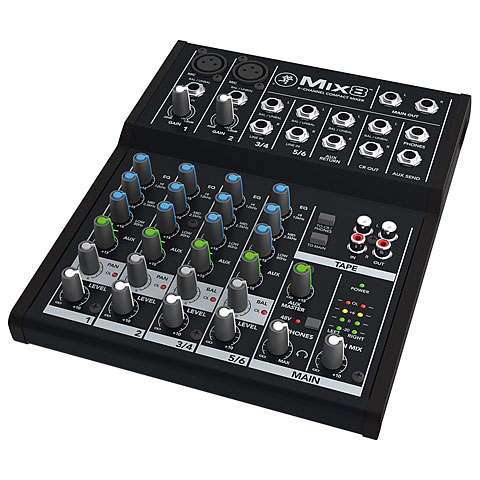 The Mix8 mixer from Mackie is the second largest representative of the Mix series. It has two mono channels, which can either be assigned a microphone or line signal, and 2 stereo channels. Each channel has a fixed 3-band tone control, as well as a balance or panorama control.

In addition, there is an AUX path (which post fader is tapped) and a stereo AUX return to e. g. to include external effects.

In addition to the master out, there is also a CR out and a headphone output. The last two can be controlled via a common volume control, which operates independently of the master volume.
more
less 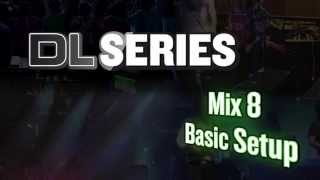