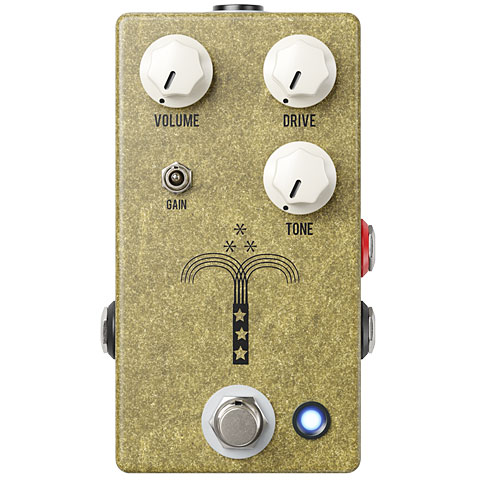 Almost every boutique overdrive on the market is a kind of modified Tubescreamer, thats why JHS Pedals tried another approach.

The JHS Morning Glory is a very transparent tool for Tone modeling and is based on many years of experimentation with the circuit of the original Marshall Bluesbreaker pedal. During this time a lot has happened, it now has 4 times as much headroom, 2 times as much gain and a much more effective tone control, which still can be additionally adapted to the "Bright Cut" toggle. From bell-like "Little Wing" sound to classic hardrock can be realized with the JHS Morning Glory. JHS regularly improved its effects. The Morning Glory is now available in the V4 version update. The headroom of the volume potentiometer has been doubled to allow a greater boost level to be obtained. The range of the the Gain knob has also been expanded. The Gain Toogle Switch can now be remotely controlled with an optional foot switch, so that a second sound version is available. The "Bright Cut" switch is a slide switch in a recessed location on the right side of the effect in order to to protect it from big feet.
more
less 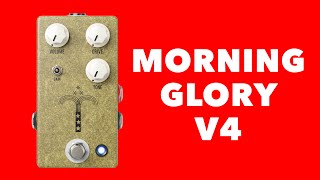