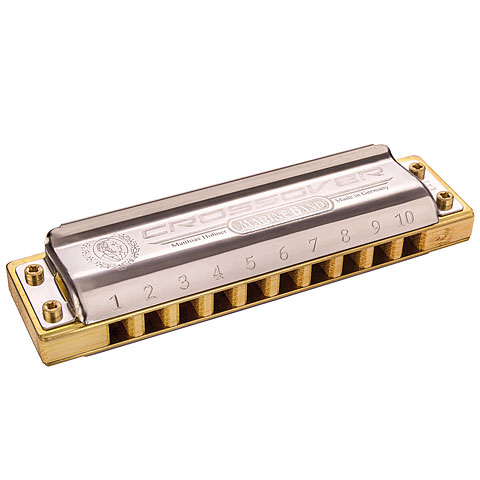 Hohner Marine Band Crossover
When the Marine Band was introduced to the American market in 1896, no one could guess what lasting influence this instrument would have on the future of pop music. The low price and small size made the Marine Band a popular travel companion. The unique, almost plaintive sound of the Bendings opened the player a whole new world of creative expression.

That was the cornerstone of the Marine Band series, which has become a key figure and unleashes the raw emotion of the blues, the free spirit of country and the energy of rock'n'roll like no other. From the classic 1896 to the modern crossover, the Marine Band series offers genre-harmonicas that still today are the first choice of countless harmonica players around the world. All Marine Band models are made in Germany.

Even after a hundred years, the influence of the blues on music from all over the world is immense. Whether pop anthems or rock songs, even on hip-hop tracks, he is clearly felt. Therefore, Hohner has decided to create a high-end harmonica for blues and the resulting styles, with a powerful sound that meets the needs of a new generation of professional musicians.
The result: the crossover . The patented laminated bamboo body is completely waterproof and extremely airtight. The sound is bright and clear and the modern Compromise Tuning is ideal for playing single notes (acoustic or amplified) without losing the full chord sound.
Whether for blues, rock, jazz or soul, the crossover offers the necessary power, the sound and the feel it needs to bring your own visions to life. Immerse yourself in a new world of harmonica!

The Höhner Marine Band Crossover is fully bolted so it is easy to maintain. It offers more volume and stability thanks to the improved sound cover with side openings and an open back. Thanks to the triple-varnished bamboo pulpit body, the crossover knows no swelling behavior.
The bamboo body is painted twice. The mouthpiece is also sealed with a layer of UltraGlide. Higher playing comfort is achieved thanks to rounded voice plates and channel openings.

This series is rounded off by the sturdy zippered case, which allows moisture to escape and still protects against dust and dirt
more
less

5 stars (3)
4 stars (2)
3 stars (1)
2 stars (0)
1 stars (0)
Average customer rating:
(6 Ratings)
4.3 out of 5 stars
This item was given an average rating of 4.3 out of 5 stars. No review about this product has been written yet. 6 ratings exist without a text or these reviews are written in another language.
more
less
incl. Taxes and Customs duties, plus delivery costs
On order
Manufacturer delivery time is currently unavailable.
Add to basket
Add to wish list
10018101
Item number:
09/2009
Available since:
00400912630508
GTIN:
› Print view
Share
Facebook
Twitter
Pinterest
E-Mail
Product Video 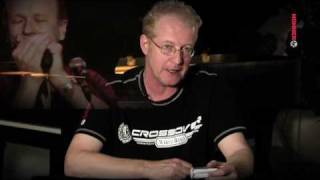