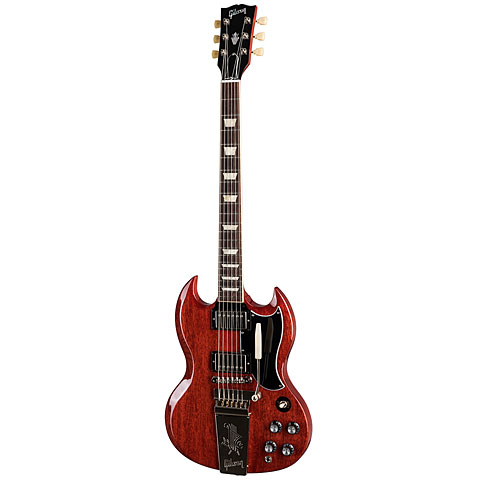 Back in the program: the mother of all SGs, the '61. Historically correct with a "small" pickguard and this time even in three versions: non-tremolo, with Maestro Vibrola or with the Sideways Vibrola.

In 1961 Les Paul radically changed the shape of his guitars. The lighter and flatter body became two sharp cutaways, the New "Les Paul" was later named SG (for solid Guitar) and became the signature feature for rock ´n´roll during the 60s. Even though the initial fatter Les Pauls returned years later, the SG was so popular that this unique design still holds its place on the big stages of Rock ´n´roll.
more
less