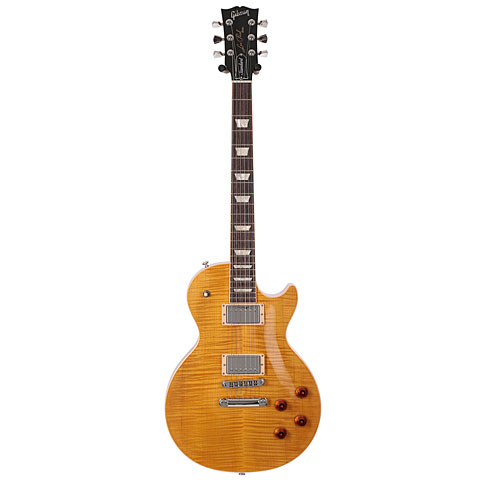 The 2018 Gibson Les Paul Standard in traditional garb. Splittable Burstbucker Pro do their job here and - not so traditional - locking mechanics.

2018 Gibson has done a lot again. In principle, the program of Gibson USA has been a little streamlined and optimised. High Performance models are only available as Les Paul Standard and SG Standard. Some models are available in only one or two colour versions, other models have been completely deleted from the program.