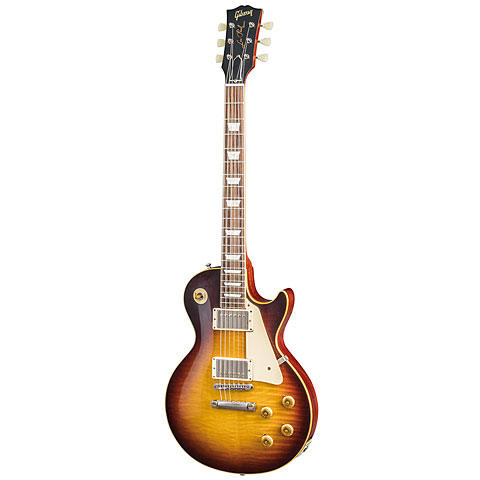 A Les Paul reissue with a battery compartment? Blasphemy! Or?

The Gibson Burstdriver Les Paul has an onboard overdrive with true bypass that can be activated via push/push potentiometer. You can use it, but you don't have to. If you do not use it, you have a "normal" Les Paul, if you switch it on, everything goes between discrete clean boost and fat overdrive. The results can be amazing!