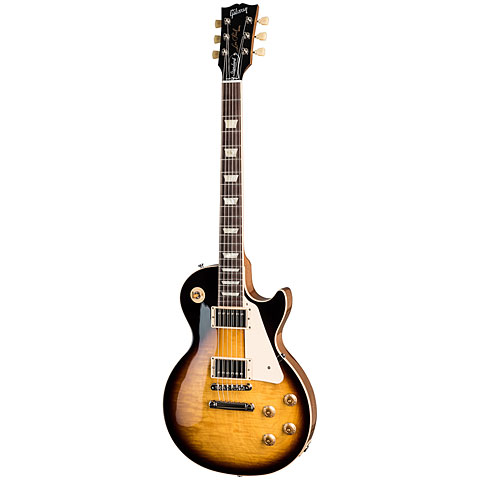 With the Les Paul Standard '50s, Gibson USA is finally offering a no-nonsense Les Paul in a classic design and look. You won't find any weight reliefs and push / pull pots here

5 stars (1)
4 stars (0)
3 stars (0)
2 stars (0)
1 stars (0)
Average customer rating:
(1 Rating)
5.0 out of 5 stars
This item was given an average rating of 5.0 out of 5 stars. No review about this product has been written yet. 1 rating exist without a text or the review is written in another language.
more
less
incl. Taxes and Customs duties, free delivery
Delivery time on request
This item is currently not available. The delivery time has to be asked individually.
Add to basket
Add to wish list
10113930
Item number:
04/2019
Available since:
00711106035529
GTIN:
› Print view
Share
Facebook
Twitter
Pinterest
E-Mail
Advice & Support