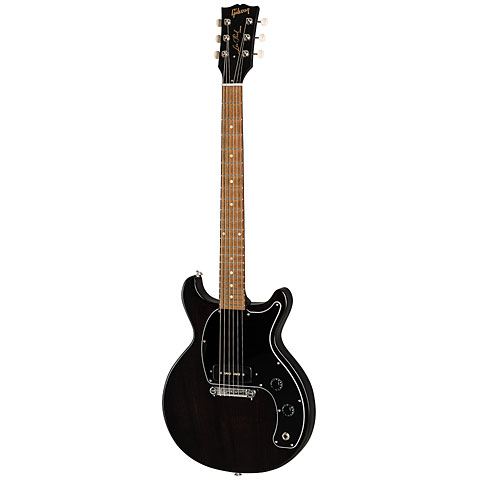 The Gibson Les Paul Junior Tribute Double Cutaway is a somewhat fresher approach to a former entry-level guitar that has long since become a classic, the simple reliability of which, coupled with a significant tone, has already been heard on many stages and world hits.