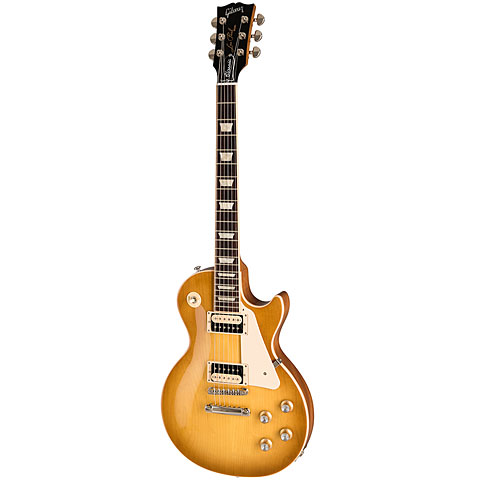 The return of the 60s slim taper neck!
The Gibson Classic series has brought back the slim neck from the 60s again. The Gibson Classic series has been placed between the Studio and the Standard series and consists of just two models up to now. The Les Paul Classic Plus complies with its namesakes from the 1990s up to the hot ceramic humbuckers.
Optionally the guitar is also available with a 50s neck. The Les Paul Classic Custom has - in contrast to its older sister - no binding on the back side of the body and is fitted with ´57 Classic pick-ups. Both guitars are fitted with baked maple fretboards.
more
less