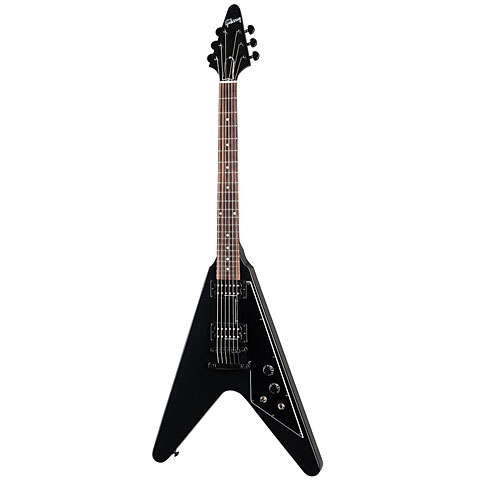 The Flying V B2 comes from the Modern Collection. Very basic, completely in matt black and equipped with dirty fingers pickups.