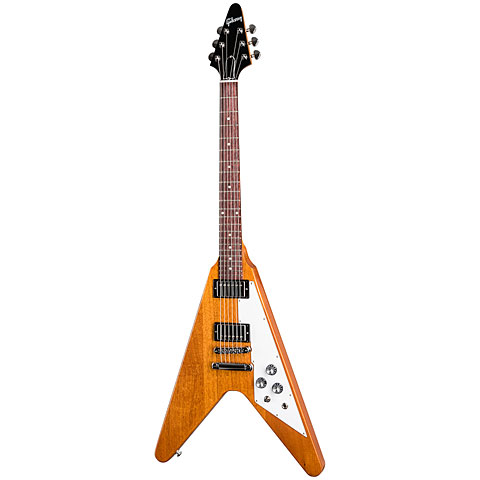 The Gibson Flying V is still available in Antique Natural, with the "big" Trussrod cover, the "big" Pickguard and equipped with Burstbuckers.