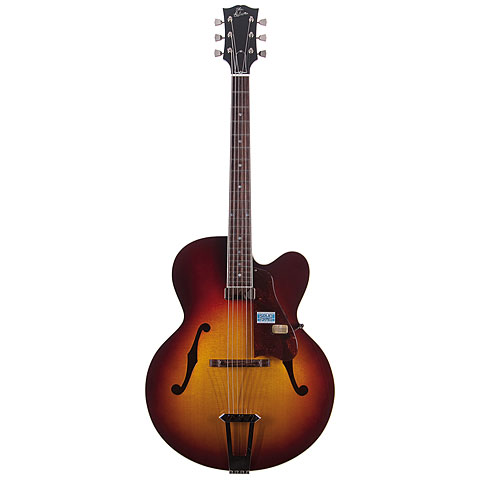 The Gibson Solid Formed 17" is in the tradition of the legendary Gibson Archtops from the 1930's, 40's and 50's, and Gibson's new design is a new way of creating the solid spruce top instead of carving. Volume and Tone Poti are mounted as a Thumbwheel under the pickguard, so that they do not affect the vibration behavior. The Mini Humbucker is fixed to the Pickguard.