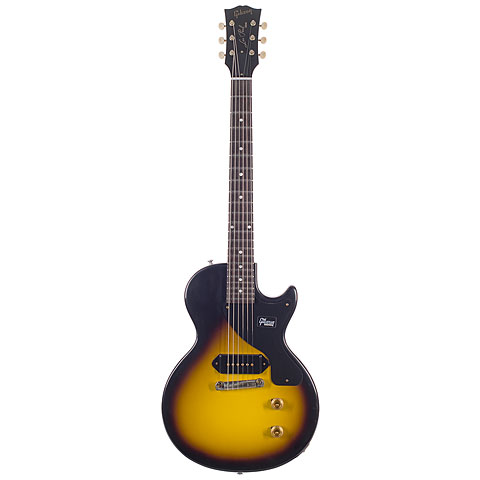 The Gibson Les Paul Junior was originally planned as an entry-level model in the 1950s, but then became a serious tool for many professional guitarists with the blues and rock boom in the 1960s. A cranked Marshall Amp and a Les Paul Junior - more rock 'n roll isn't possible! Now the Gibson Custom Shop has taken on this guitar icon. The Les Paul Junior is an authentic new edition of the coveted classic: Mahogany body with glued-in mahogany neck, a simple wrap around bridge and a P-90 pickup.