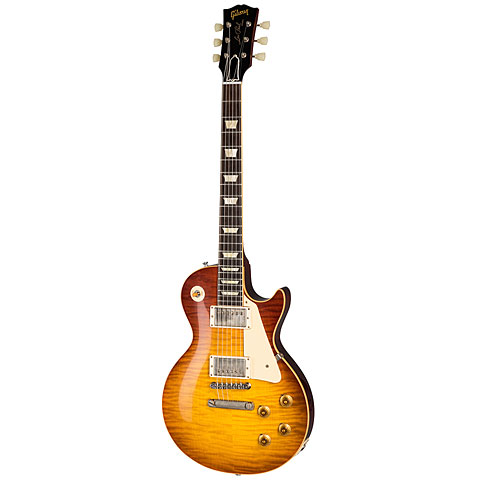 The 20th century Stradivari turns 60! To honor this, Gibson offers the 1959 Les Paul Reissue as a 60th Anniversary model in a large number of special colors.


The Gibson Custom Shop 2018 Historic '59 Les Paul Standard combines features of the Standard Historic and True Historic guitars, which are no longer in series production. Neck, fingerboard and cover are glued with bone glue and all plastic parts as well as the pickup covers come from the True Historic series.