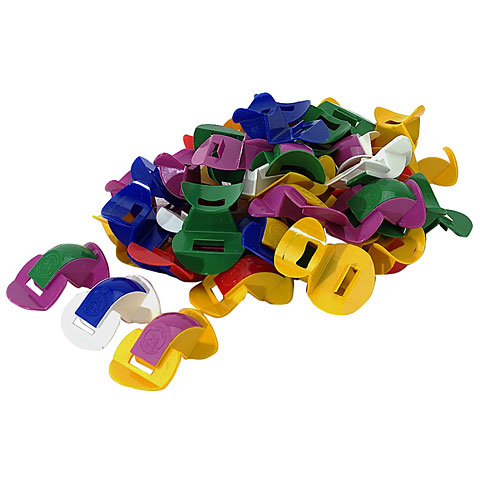 A simple nose-flute made of plastic. When breathing out through the nose a sound is created. The mouth is the resonator. Similar to a mouth drum tone-heights and -colour can be changed with the tongue.

What is a nose flute?
The term nose flute does not refer to the shape of the instrument, but to the way it is played. All instrument that are played with the nose are called nose flutes. The nose flut (or nose pipe) is an instrument from South America, South East Asia and Oceania and it is also a traditional Irish instrument.
more
less