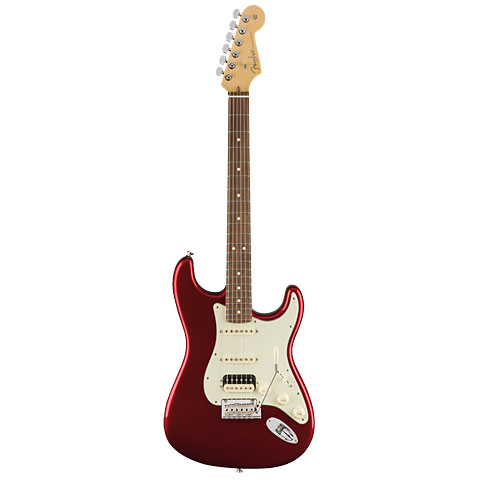 The American Standard Series has been the epitome of the Fender all-round workhorse since the 1980s. With the American Pro Stratocaster HSS RW CAR, it has received a worthy successor. Compared to the predecessor, the following improvements have been made: the tremolo arm is pluggable and can be adjusted to move with more or less friction. An HSS set by Tim Shaw designed pickups provides the characteristic sound: a powerful Shawbucker on the bridge and 2 special V-Mod single coils. The single coils are a new development: the output is noticeably increased, but without losing the classic, pearly Fender single coil sound. The neck has a modern Deep-C profile and is equipped with 22 narrow tall frets that allow easy string bending. The volume pot has been given a treble bleed circuit so that the highs are retained when the volume is turned down.

Fender American Pro
The American Pro series continues the tradition of the good, old American Standard series. The Pro series has received some modern updates - changed neck profile, updated hardware, new pickups and revised electrics. In addition to the usual suspects like Strat and Tele, there are also contemporary versions of the classic Jazzmaster and Jaguar.
more
less 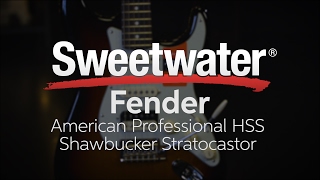