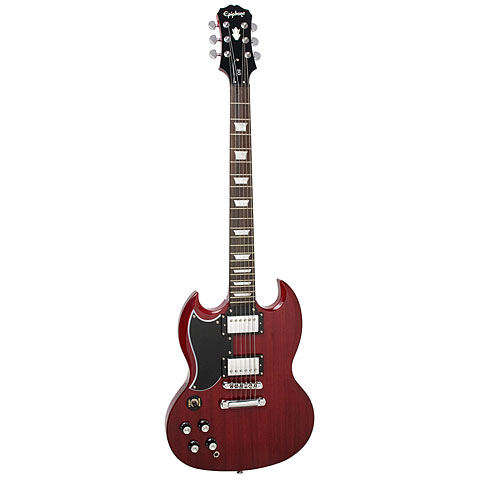 SG Collection
The SG is well-known for its high quality, this typical, biting sound and distinctive shape. It was artists like Angus Young, Carlos Santana or Tony Iommi who contributed greatly to making this instrument famous and even after decades of success, both instrument and musician still enjoy great popularity today.
Epiphone offer a wealth of SG models ranging from the classic SG-400 and the SG-Custom to the fabulous G-1275 doubleneck guitar.Special features of this series include the "Worn-Finish", which does not have a high-gloss coat and which makes the guitar look as if it had been in use for many years.

Epiphone SG
The legendary Gibson SG was actually planned to replace the Les Paul in the early 60s, but it quickly established itself as an independent series. Epiphone, the Far East daughter of Gibson produces this successful guitar design in various versions.If you are looking for a handy, lightweight guitar with good playability up to the last fret and at a reasonable price, it is really the Epiphone SG.
more
less

This item was given an average rating of 4.7 out of 5 stars. 1 review has been written. The comments are not the opinion of Musik Produktiv, they are the subjective opinions of our customers. 38 ratings exist without a text or these reviews are written in another language.
more
less
incl. VAT, free delivery
Add to wish list
In stock
Available immediately
10097895
Item number:
06/2017
Available since:
› Print view
Share
Facebook
Twitter
Pinterest
E-Mail
Product Video 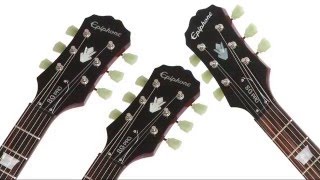