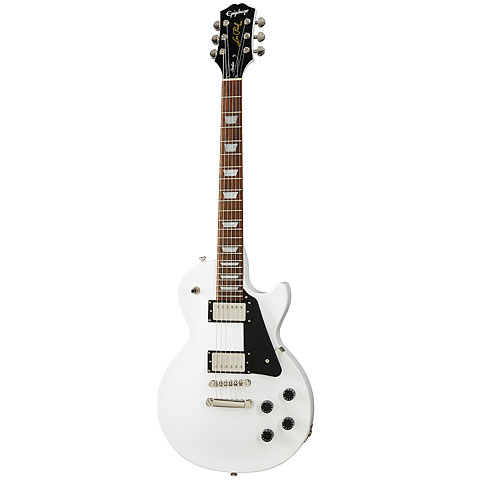 Epiphone LP Studio
The Epiphone LP Studio is the less costly counterpart to the Gibson Les Paul Studio. The Studio is a guitar with no frills. The use of Binding and trapeze inlays has purposely been left out on this model and the guitar is reduced to the essentials.
more
less

5 stars (14)
4 stars (3)
3 stars (1)
2 stars (0)
1 stars (1)
Average customer rating:
(19 Ratings)
4.5 out of 5 stars
This item was given an average rating of 4.5 out of 5 stars. No review about this product has been written yet. 19 ratings exist without a text or these reviews are written in another language.
more
less
incl. VAT, free delivery
Add to wish list
In stock
Available immediately
10119796
Item number:
01/2020
Available since:
› Print view
Share
Facebook
Twitter
Pinterest
E-Mail
Advice & Support