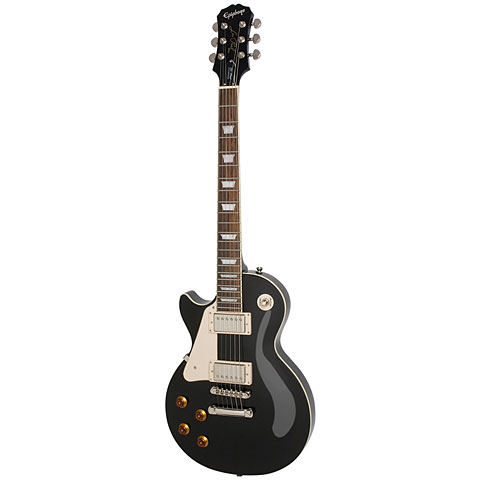 Every week-end the most famous American guitarist of his time Les Paul went to Epiphone´s empty factory in order to work on his idea of the perfect guitar. Around 1941 he built “The Log”, a log of maple to which he attached bridge, pick-ups, string braces and an absolutely normal Gibson guitar neck. Then he cut one of his Epiphone guitars lengthwise and stuck one half each at the back and front of the log – out came his first electronic Solid Body Guitar.

This guitar from Epiphone is the the only authorised reproduction of the Gibso Les Paul Standard and, moreover, one of the best sold instruments worldwide. The Les Paul has all features its forerunner made famous in 1952: glued neck with trapeze inlays, humbucker pick-ups for a heavy sound and a noble finish from black to different sunbursts or gold varnish.

Epiphone looks back on a 125 year history. Epaminondas Stathopoulos, the founder and eponym, applied for his first patent at the early age of 24; many were to follow which revolutionised the world of instrument builders. Yet, the story of Epiphone is based on the story of the famous guitarist Les Paul who discovered the first Solid Body Guitar when experimenting in the Epiphone workshop. Today Epiphone stands for innovative guitar building ideas and for successful replica of classical instruments which are affordable for everyone.

The traditional company Epiphone belongs to the Gibson group since the early 60s. The Instruments are manufactured in the Far East and offer good quality at a reasonable price. Epiphone is the only company that is allowed to use the copyrighted design features of the Gibson USA Instruments. The Epiphone Les Paul Standard is orientated on the selected woods and hardware on the US models. So if you are looking for the classic look, good workmanship and characteristic sound at an affordable price then you will be right with the Epiphone Les Paul Standard.

Epiphone itself can look back on a more than 125-year history. Epaminondas Stathopoulos is the founder and namesake of Epiphone, He already registered his first patent when he was only 24 years old, many followed and revolutionized the world of instrument making. The story of Epiphone is also closely linked to the guitar genius Les Paul, who experimented in 1941 in the Epiphone workshops and developed the first solid body electric guitar. Today Epiphone stands for innovative ideas guitar and successful replicas of instrument classics that are affordable for everyone.
more
less 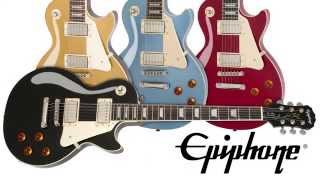