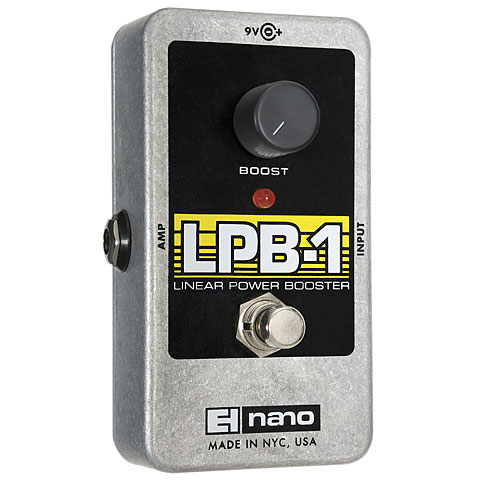 The Electro-Harmonix Nano LPB-1 Linear Power Booster is an exact recreation of the original LPB-1 circuit than introduced overdrive in 1968. Put it before a distortion pedal and stomp it on for leads. The Electro-Harmonix Linear Power Booster doesn't alter your tone. Put the Nano LPB-1 in front of any effect to dramatically increase definition from the LPB-1's cleaner and heavier input drive. Control gain and saturation of any amp with BOOST CONTROL and engage and disengage the LPB-1 with the FOOTSWITCH. The LPB-1 is housed in a compact, die-cast case with rounded corners to save valuable pedalboard space. 9V DC power jack.

The Electro-Harmonix LPB-1 Linear Power Booster pedal works well with single-coil pickups giving them humbucker like chunk. Humbuckers sound like they're gonna stomp on you, excellent for solos and harmonics jump out of your guitar.

Use an Electro-Harmonix Nano LPB-1 Linear Power Booster line driver in your effects path, to compensate for signal loss due to the length of the chain or use it as a line driver at the end of a pedal board to push the front end of an amp and give it some extra juice.

Electro Harmonix Nano
Electro Harmonix has a heart for overloaded Pedalboards, The Nano series pedals are housed in space-saving pedal boxes in standard size, so that even the usually huge Big Muff can be easily accommodated.
more
less 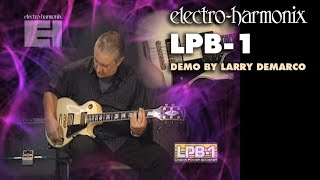