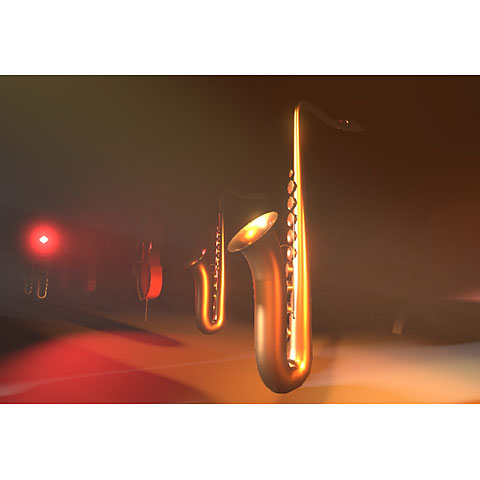 CAPTURE Atlas is the latest version of the successful 3D real-time visualization of the Swedish software specialist. CAPTURE Atlas works perfectly on both Mac and PC operating systems and also supports planners and designers in the development, visualization and implementation of ideas and designs. The software works in such detail that planning errors can be detected and solved in advance.

CAPTURE Atlas allows impressive renderings to fill up scenes with life and to give the organizer or artist insights into the stage design and the show light before the show and can also help in the architectural field in the planning and implementation of a design.

CAPTURE Atlas not only supports visualization but also execution. Each of the four editions already contains the complete paperwork, ie device and patchlists as well as plots and graphics.

CAPTURE Atlas, combined with a modern lighting control panel, delivers impressive real-time visualizations that allow programming in the run-up to the event. Thanks to realistic light values based on ATLA base values, lights can be compared and thus optimally selected for a set without even rigging the lamp up. The software works right down to the last detail and displays colours, gobos and effects just as realistic as brightness and pan / tilt speeds.

CAPTURE Atlas convinces with its easy handling. The software is clearly structured and can be operated intuitively. A prize-winning manual and training videos help you get started with the software.

CAPTURE is one of the leading developers of real-time visualizations and is recommended by many well-known manufacturers. The full integrity with light control consoles allows bidirectional work. In detail, this means for the user that, for example, positions in the visualization can be changed and these values can flow directly back into the control panel to create cues.

CAPTURE Atlas also communicates optimally with other trades. Live streams from MediaServern can be integrated as well as laser or water jets. This makes every show absolutely realistic and gives the user a comprehensive impression.

CAPTURE Atlas provides interfaces to SketchUp 2016 as well as the import of DWG models, which shortens the working time as finished objects can be taken over from other projects.

CAPTURE Atlas can be flexibly expanded at any time. Each of the four CAPTURE Atlas Editions can be upgraded to the next larger edition. The price is never more than the difference between two editions.

CAPTURE Atlas - what is new?
CAPTURE Atlas is based on the current 64-bit architecture of modern operating systems, which on both a Mac and a PC allows the use of more memory and therefore larger projects.

CAPTURE Atlas offers a new product structure whose features are clearer and make it easier for the user to select the right edition. In addition, each edition already contains the full Paperwork function.

CAPTURE Atlas saves data in a new format, which has the advantage of faster storage and loading of show data.

CAPTURE Atlas is based on OpenGL, the industry standard for graphical applications. The integration into CAPTURE Atlas has been completely revised and offers a performance increase of ten times. Thus, renderings can be achieved in 60 fps. In addition, the resolution can be adjusted in order to achieve the best possible reproduction on even less performing systems.

CAPTURE Atlas does not represent fog as a global effect. Fog becomes a positionable and modifiable element and can be used in a targeted manner.

CAPTURE Atlas most important innovation is the use of "Physical Based Rendering" briefly called "PBR". PBR is the latest state of the development of computer graphics. Rather than using mathematical calculations, "PBR" uses complex and physically correct models, yielding results that are even more realistic than previously possible. The possibilities of "PBR" are particularly evident when using new materials whose reflectivity and transparency as well as colouration can be flexibly adapted. Metallic surfaces or frosted glass is even more realistic than before.