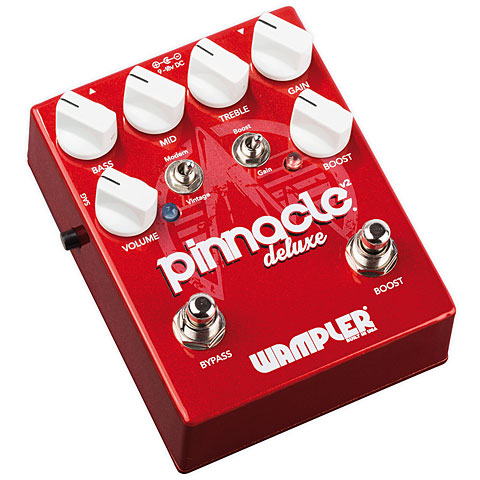 "I've played tons of pedals that promised that "Brown Sound"... this pedal NAILS it better than anything I've ever heard or played."
-Zeke Clark, former tech for Eddie Van Halen

The difference between the Pinnacle and the Pinnacle Deluxe model is the Deluxe allows you to switch from a lower to a higher gain mode via a foot switch, while the Pinnacle uses a non-foot-friendly toggle switch.

The Pinnacle Deluxe distortion guitar effects pedal features controls for Gain, Volume, Tone and Contour, as well as a Vint./Modern switch to change the overall tone from a darker sound to a brighter, more forward tone, and a Boost switch which changes the internal gain structure between lower and higher gain settings. The Pinnacle Deluxe pedal's features a foot switch Boost control.

A true-bypass footswitch ensures mechanical removal of the circuit when it isn't being used, meaning you don't lose any tone when the pedal is off.
more
less 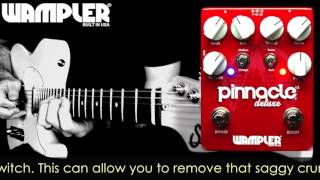