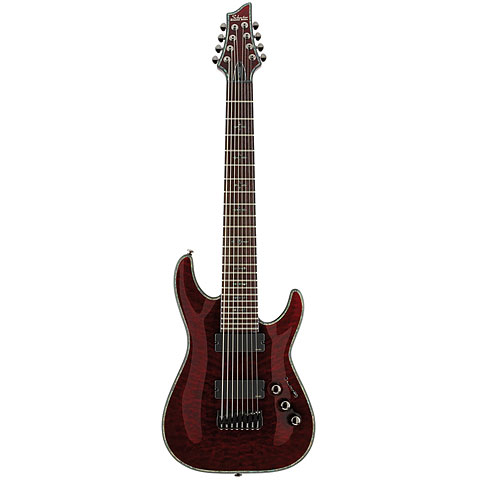 In 1976, David Schecter founded his company in VanNuys, California, for the distribution of high-quality guitar components and spare parts. The young company started to get looked at as "The Who" guitarist Pete Townshend, got his New York guitarmaker to get him a complete guitar made from Schecter Parts.
The cat was out of the bag when Pete and Who singer Roger Daltrey played the first Schecter guitar in a video broadcast in 1982 on MTV and the music world mistakenly assumed that Schecter guitars would be built. The demand for the guitars grew so enormous that David Schecter relocated his company to Dallas, Texas to meet the demand for Schecter guitars, after "Dire Straits" mastermind Mark Knopfler refined his guitar with Schecter pickups and parts.
But everything was different, at first. The young company threatened to demise due to its own perfectionism. At the beginning of the 90s the Japanese entrepreneur Hisatake Shibuja saved the company Schecter from ruin. The move back to California was followed by an entrepreneurial change of course. From now on the company Schecter manufactured few but extremely high-quality guitars and custom-made products.
Until Schecter presented the DIAMOND series for the first time at the 1998 Summer NAMM, he stepped back into the opaque spotlight of the music scene and expanded the model policy very cautiously but extremely successfully.
The success story seems to have no end.