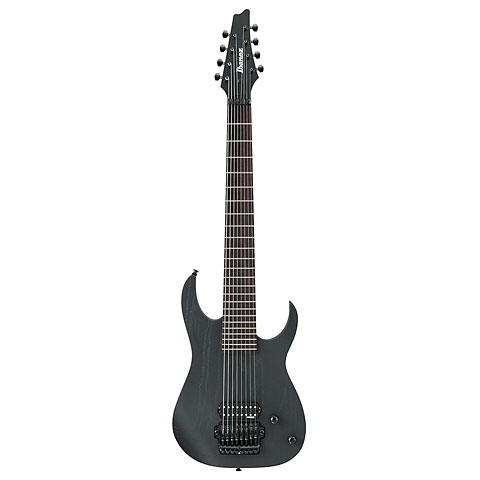 Meshuggah is a Swedish metal band from Umeå whose music is difficult to classify into musical categories. The band itself is classified as experimental metal.

The Meshuggah Signature model, the M80M-WK, is a real axe - not only how it looks but also how it sounds. The titanium-reinforced 30" neck is an easy reach up to the highest positions, despite the enormous width the neck plays well.

Ibanez Signature
The Signature series comprises of various Ibanez models that were adapted to the needs of the artist by using more or less extensive modifications correspondingly. The basic idea of a Signature guitar is that the artist in question can replace "his" guitar if necessary almost anywhere and on the other hand, the inclined guitarist can play the same model as his idol. Many features of Signature guitars have now found their way into series production.
more
less