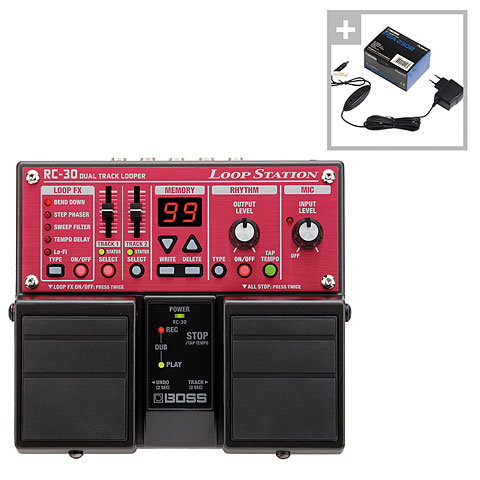 The Boss RC-30 Loop Station LOOP FX is for processing loops in real time, with 99 memory slots for storage. The RC-30 also features a USB 2.0 port for swapping and managing 16-bit 44.1 kHz WAV files of up to 1.7GB in size. A mic input with phantom power, aux in jack for portable devices, and a key selection of ten onboard Rock, Pop, Funk, Shuffle, R&B, and Latin rhythms including real audio drum loops come standard.

5 stars (16)
4 stars (5)
3 stars (1)
2 stars (0)
1 stars (0)
Average customer rating:
(22 Ratings)
4.7 out of 5 stars
This item was given an average rating of 4.7 out of 5 stars. No review about this product has been written yet. 22 ratings exist without a text or these reviews are written in another language.
more
less
incl. VAT, free delivery
Add to basket
Add to wish list
In stock
Available immediately
10091668
Item number:
12/2016
Available since:
› Print view
Share
Facebook
Twitter
Pinterest
E-Mail
Product Video 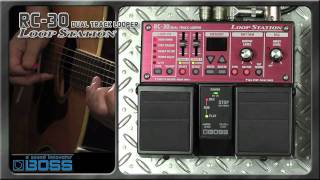