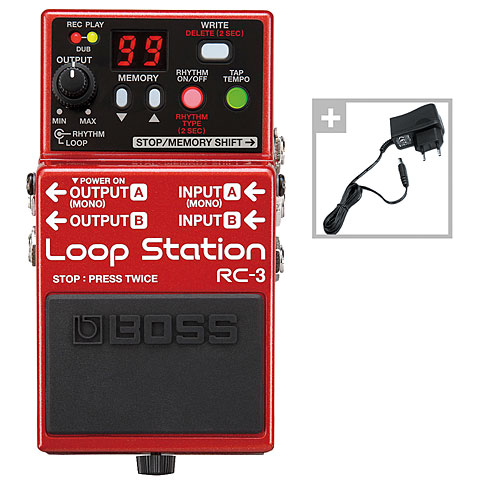 The Boss RC-3 Loop Station LOOP FX is for processing loops in real time, with 99 memory slots for storage. The RC-3 also features a USB 2.0 port for swapping and managing 16-bit 44.1kHz WAV files of up to 1.7GB in size. An 1/8-inch stereo miniature AUX in jack for portable devices, and a key selection of ten onboard Rock, Pop, Funk, Shuffle, R&B, and Latin rhythms including real audio drum loops come standard. The Boss RC-3 Loop Station pedals Auto Recording feature starts recording the moment you begin playing your guitar, or as soon as you start a connected audio player. Count-In mode gives you one-bar of rhythm before recording starts. You can Undo/Redo as you go.

No problems with the delivery and the product bundle functions without a fault (Palmer 9V AC adapter). Intuitive and simple controls, sturdy construction. Happy with my purchase and i think i'm going to have a lot of fun with this pedal !

This item was given an average rating of 4.4 out of 5 stars. In total, 2 reviews were submitted. The comments are not the opinion of Musik Produktiv, they are the subjective opinions of our customers. 27 ratings exist without a text or these reviews are written in another language.
more
less
incl. VAT, plus delivery costs
Add to basket
Add to wish list
In stock
Available immediately
10095562
Item number:
03/2017
Available since:
04957054500078
GTIN:
› Print view
Share
Facebook
Twitter
Pinterest
E-Mail
Product Video 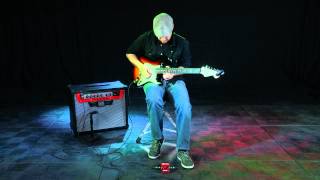