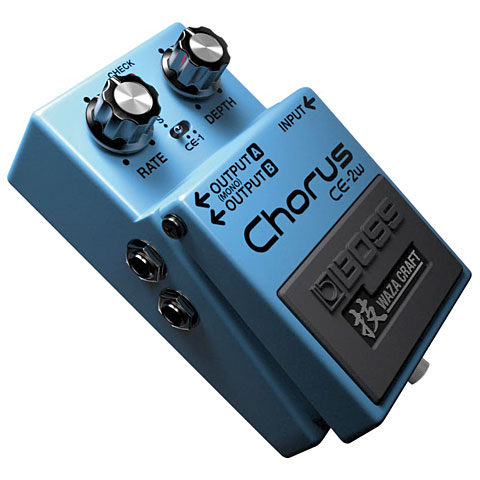 This groundbreaking effect was first used in the Roland Amps of the Jazz Chorus series. In June 1976, the world's first chorus pedal, the legendary CE-1, saw the light of the world and became a true Megaseller after some starting problems, the CE-2 was followed by the first chorus in Compact Pedal format In November 1982. For the company jubilee Boss is producing an updated Waza Craft version of this classic exclusively in Japan as a limited edition. The Boss developers have not created a pure reissue, but have also integrated some nice additional features. The CE-2 is now stereo and also the Chorus Grandpa CE-1 with Chorus and also Vibrato Mode is on board.

Boss Compact
The Boss compact pedal series can be described justifiably as the most successful pedal design of all time. In 1977 the first compact pedal came onto the market and caused a sensation - power supply connection, noiseless MOSFET footswitch, check LED and a uniform, ultra stable housing - all these features have set bench marks for the effect device design. The compact pedal series is more relevant than ever and offers a wide range of equipment effects.
more
less 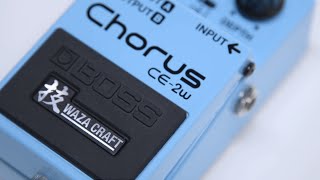