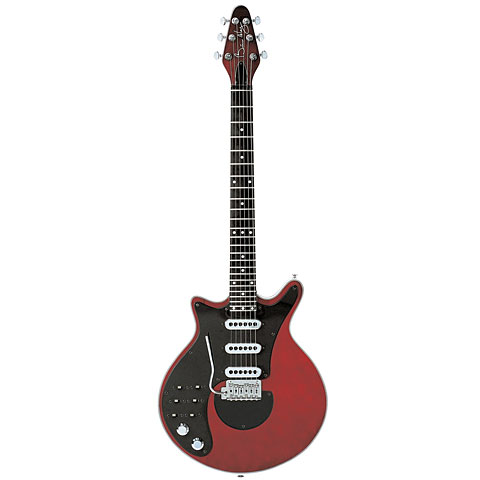 Red Special is the name of Brian Mays guitar, which was made in the 1960s from the mahogany wood of a fireplace and parts of a motorcycle. It was originally just a substitute for the young Brian May's desired guitar, the Fender Stratocaster. Brian May, together with his father, an electronics engineer, began the construction of the guitar, which was completed after 18 months.
After the guitar was replicated by Guild and later by Burns at the beginning of the 80s, May still markets the production under the name "Brian May Guitars".
more
less

5 stars (3)
4 stars (0)
3 stars (0)
2 stars (0)
1 star (0)
Average customer rating:
(3 Ratings)
5.0 out of 5 stars
This item was given an average rating of 5.0 out of 5 stars. No review about this product has been written yet. 3 ratings exist without a text or these reviews are written in another language.
more
less
incl. VAT, plus delivery costs
In stock
Available for immediate delivery
Add to basket
Add to wish list
3172031
Item number:
09/2002
Available since:
› Print view
Share
Facebook
Twitter
Pinterest
E-Mail
Product Video 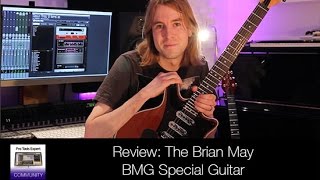