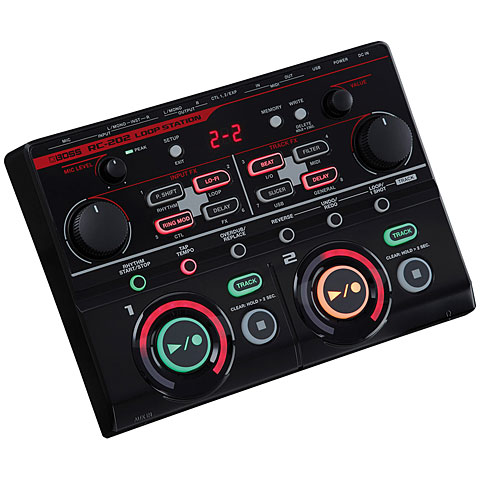 The BOSS RC-202 offers club performers, electric musicians and beatboxers powerful loop functions and multi-effects in a compact desktop device. The RC-202 offers two tracks, similar in appearance and operation to the popular RC-505 Loop Station, but with numerous innovations. Four "input" and four "track" effect blocks are available simultaneously. The loops can be stored in real-time, so the performance can continue seamlessly. The footswitch and MIDI functions have been greatly expanded to allow hands-free operation for guitarists, keyboarders and other musicians. 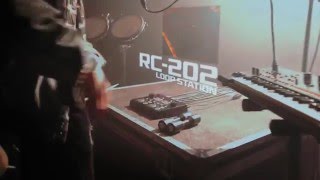