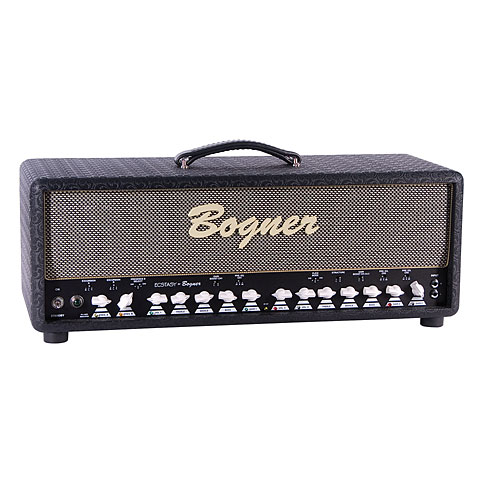 The sound design of the Bogner Ecstasy is the same as the good, old, legendary amps... but all in one housing. Ecstasy's equipment allows the "DNA" of the three channels to be radically adapted to the sounds of the past, present and future. With the included footswitch, 6 of these sounds are almost at your feet. Just imagine: from the authentic Plexi sound at the touch of a button, over a singing, overtone-rich Overdrive to an outrageously brilliant Clean sound and back again... the possibilities are endless. The Bogner Ecstasy standard features 1/2 power switch, Old / New Style switch, Plexi mode, 3 pre-EQ circuits, tube driven loop, 2 Presence controls and much more. Hearing is believing!

Reinhold Bogner had designed, built and modified amplifiers long before he left Germany for the USA. In Los Angeles, he quickly gained the confidence of many influential guitarists such as Steve Stevens, Dan Huff, Allan Holdsworth, Michael Landau and Steve Vai, who especially appreciated his ability to modify their amps to their satisfaction. Eddie Van Halen confided enough in Reinhold to get his No. 1 Marshall Plexi back and resurrect. Eddie was satisfied and Bogner Amplification was born.

Bogner XTC Ecstasy
The Bogner XTC Ecstasy series is home to the "Top of the Line" Amplifiers from this American manufacturer. The various switching possibilities make the Ecstasy amps a very versatile Guitar amp with extensive and first class sound.
more
less 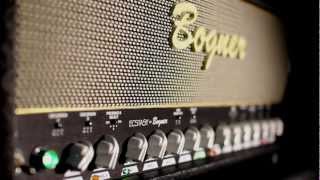